As we’ve seen in our discussion about derivatives, the derivative of a differentiable function is almost always another function. Therefore, you could imagine that we could also take the derivative of this derivative as well. This is called the second derivative. Let’s take a look at an example. Define the function

From last time, we learned that we can use the power rule and linearity of the derivative to write

In Leibniz notation, the second derivative is denoted as $d^2f/dx^2$, while in the prime notation, it’s denoted as \(f"(x)\). Even higher order derivatives can also be defined. For example, consider the third derivative of $f(x)$:

Of course, we could keep going. In general, the $n$th derivative is denoted as $d^nf/dx^n$ using Leibniz notation. Using the prime notation, you can imagine that putting $n$ number of primes would get quite cumbersome. Therefore, after the third derivative, we denote the $n$th derivative in prime notation as $f^{(n)}(x)$. As an example, the fourth derivative of $f(x)$ would be denoted as $f^{(4)}(x)=0$ using the example from above. (Note that the parentheses in the superscript is important! If you don’t include the parentheses, others might think you’re just taking the fourth power of $f(x)$.) 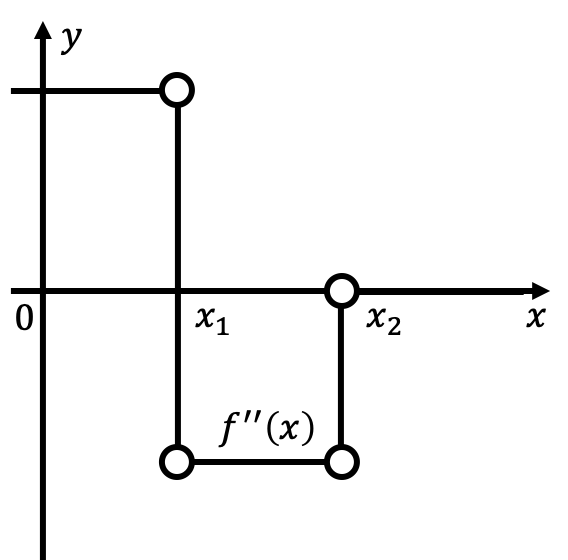 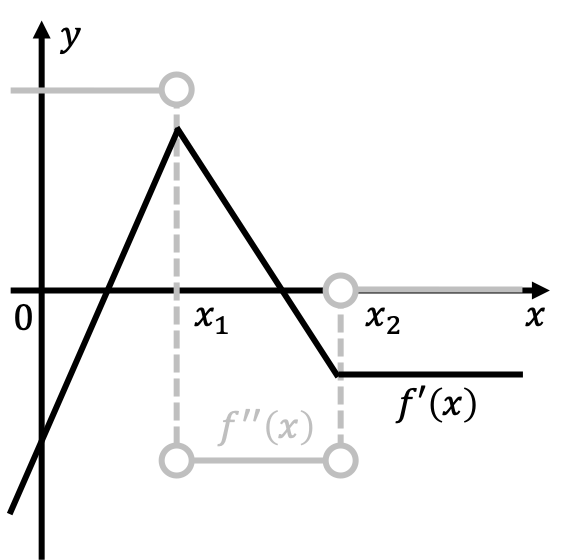 Now that we have the first derivative, we can sketch what the original function may roughly look like. Remember the important points: if $df/dx>0$, then $f$ is increasing, and if $df/dx<0$, then $f$ is decreasing. Because $df/dx$ is piecewise linear (not piecewise constant anymore), we would expect a piecewise parabolic curve for $f(x)$: 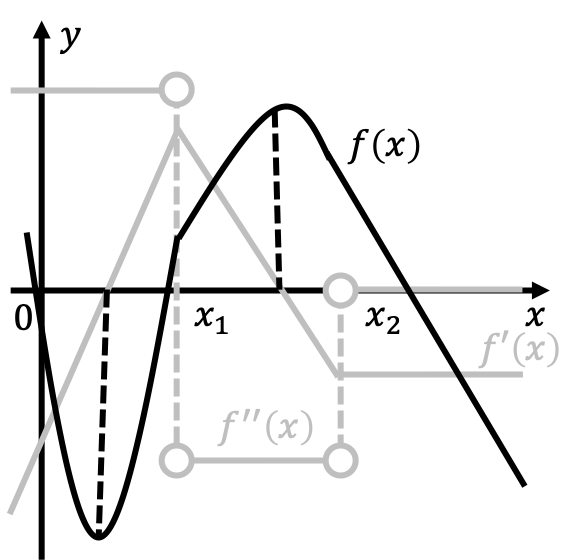 As we can see, graphing a function from using the second derivative uses the same techniques that we’ve seen previously, but we have to do it twice instead of once. Furthermore, from the example above, we can make sure generalizations of what information we can gather about $f(x)$ from the graph of its second derivative:

In general, we can conclude that the sign of \(f"(x)\) can tell us information about the concavity of $f(x)$.

Determine the fourth derivative of the following two functions:

Consider the following graph of the first derivative of some function $f(x)$: 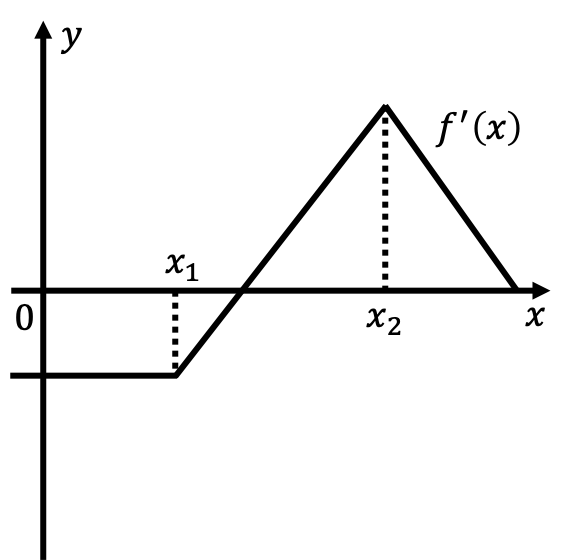